I reported for work in the Personal Financial Counseling practice at Ernst & Young (the Big 4 accounting firm) June 1, 1998.  I was dissatisfied by a career in the law at which it was obvious to me that I would never be (1) great or (2) happy. Fortunately, I had the good sense and good luck to grab a lifeline when it was thrown my way. The D.C. office of E&Y was booming (something about an internet bubble, as I recall) and they needed energetic people with brains (I think I qualified) to charge as many hours as possible to all of the burgeoning tech firms in the D.C. metro area.  A friend who worked there introduced me to her boss in late 1997 and roughly six months later I started work. 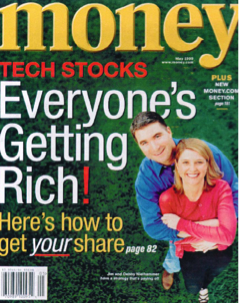 In 1992 when I finished law school and passed the bar I had no plans to make financial planning my life’s work. The six years in between graduation and transition to personal finance were incredibly educational along with being occasionally terrifying. In that period as well we had two children, who along with my wife (as a full-time caregiver) were counting on me to provide for them.  Most of my memories of that time were the two of us being some combination of dead tired and flat broke pretty much the entire time.  But we weren’t alone: friends helped. Family helped bigly. We may have been broke but we were never poor: we believed in each other and we knew we had what it took to make things better.

20 years later, a handful of things stand out to me:

I reported for work in the Personal Financial Counseling practice at Ernst &...